was born on 8 May 1987 in Kharkiv, Ukraine. In 1994 his parents immigrated to Canada, and took him to dance school in Vancouver at the age of seven. For the next several years, frequently travelling between Kharkiv and Vancouver, he attended secondary school and dance training in both cities.

In 2003 Vadim and his partner Nadiya Dyatlova won the Canadian Youth Championships in Latin, and in 2004 – in Standard.

In the same year he started to dance with the new partner Kathrin Menzinger, in 2005, he made it into the finals of World Youth Ten-Dance Cup in Antwerp. In 2006, after switching to the adult category, he became Austrian ten-dance champion and reached semi-finals in world ten-dance championship in Moscow. In 2007, Vadim was granted Austrian citizenship in addition to the Canadian, and in 2008 he graduated from the Faculty of Dance of Kharkiv State Academy of Physical Culture. In 2009, he again paired up with Kathrin Menzinger, and in 2010 they made it into the final of European Ten-Dance Cup in Minsk.

In 2011 Vadim started TV line of his career as a pro dancer in sixth season of Austrian Dancing Stars with TV presenter Alfons Haider. First in the world he danced with another man in this Dancing with the stars TV format. In the same year with his competitional partner Kathrin Menzinger Vadim starred in the ORF eins program Starnacht am Wörthersee which brought him an entry in the International Movie Database IMDb as a show dancer. In 2012, with the singer Petra Frey, Vadim won the seventh season of Austrian Dancing Stars TV show.

Starting 2012, Vadim and Kathrin regularly take part in the world championships of show dance category. In September 2012, in Beijing, they became finalists of World Latin Freestyle Championship. In early 2013, Vadim and Kathrin turned professionals of World DanceSport Federation and at their first professional competition in Merano they took fourth place in Freestyle Latin World Cup. In 2014 in Vienna, they came second in Standard at the Professional European Show Dance Championship. The second TV victory came to Vadim in the ninth season of Dancing Stars, 2014, when he was coupled with Austrian actress Roxanne Rapp. In the same year Vadim took part in the “New Years Concert” of the Viennese Philharmonic Orchestra, performing together with his dance partnerKathrin Menzinger the famous Blue Danube Waltz live at the Wiener Musikverein to a worldwide audience of more than 50 million TV-spectators.

In October 2014 Vadim and Kathrin came second in the World Professional Freestyle Championship in Latin. In November 2014, they became European Latin show dance champions in Dresden, and in December they took second place out of 13 couples at thin show dance Standard at Professional World Championships in Salou.

In March 2016 Vadim and Kathrin won the European professional show championship and in September of the same year, they won the WDSF PD European Championship Show Dance Latin. 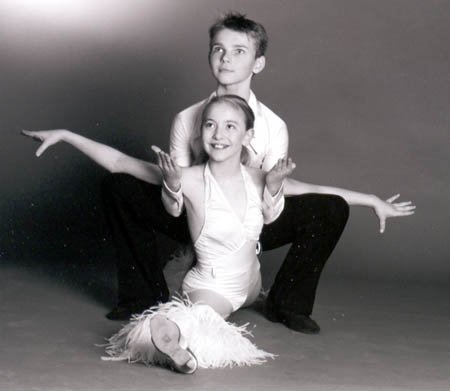 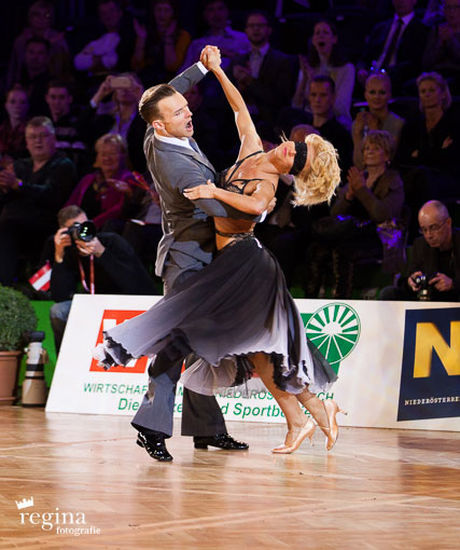